Truly has it all to make quality horse in any discipline 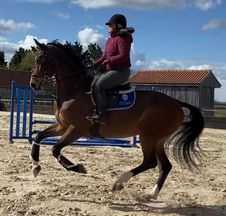 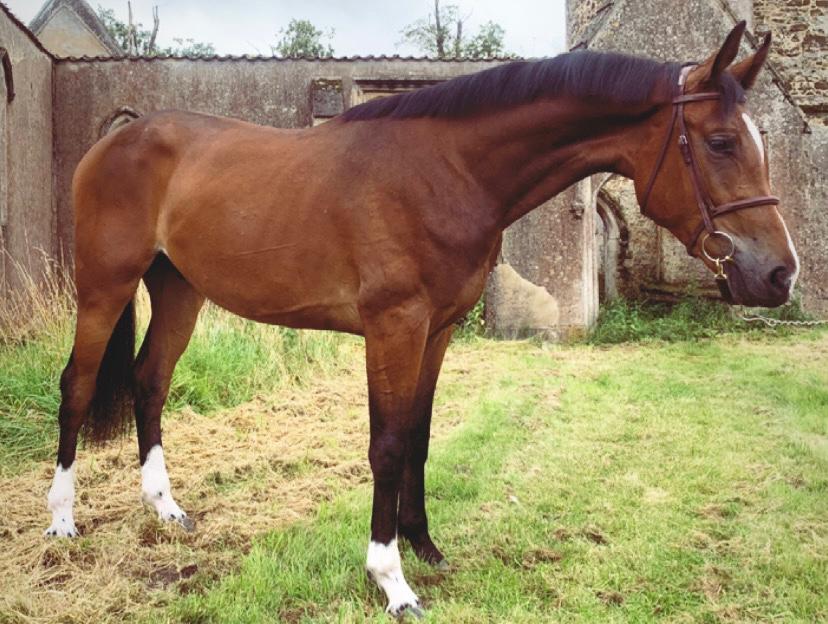 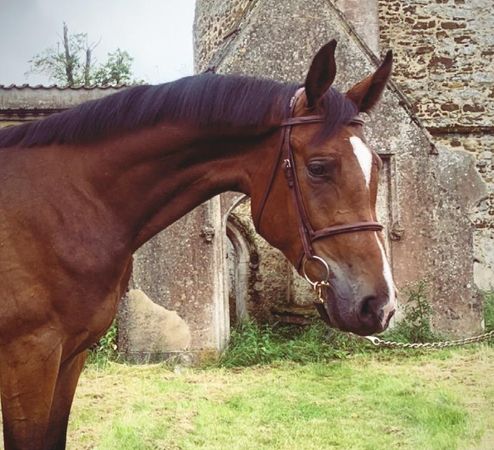 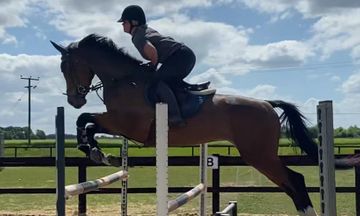 Presley has an exceptional character kind nature, athletic step with extravagant hock action, and showing huge scope and fantastic technique, reflexes and athletic ability loose jumping. Working well under saddle 3 very expressive paces working in outline established flying changes and started lateral work jumping double clear at training shows is now registered and starting Discoverys stepping up to new comers soon he is very willing with endless scope and length of stride to make a truely fantastic contender for big jumping classes or would be excellent as an eventer been cross country schooling to Keysoe International jumped in and out of water drops ditches and every fence showimg how amazing and brave he is a real contender for young event horse classes, price will reflect progress and will increase under training.

Direct out of Presley boy this stallion was successful for various nations and was highly placed at the CHIO in Aachen. Won the Grand Prix of Gijon and was second in the show-jumping Global Champions Tour of Abu Dhabi. Furthermore, they were 12th in the individual ranking of the World Equestrian Games in Kentucky. His offspring, who belong to a large number of breeding associations, are themselves consistently successful and have started competing at the highest level. His sire Concorde was victorious at the highest international level

Dam direct out of Quality Time, He is careful, has unlimited power and has dedication of 100%. And this top attitude he passes on, because his offspring have it as well, Quality Time jumps with a lot of ability and scope.
He performed very successfully with several very high results. He was reserve champion in the Gelders Championships 2008. Quality Time was the only stallion that jumped clear rounds with a high placing in the stallion competitions 2008-2009 Quality Time, second in the Grand Prix of Bremen, and many high placings in Aachen, Paris, Geneva and Amsterdam. It is a testament to Quality Time's rideability that he has been internationally successful under so many different riders.

Also on Dam side is Chacco-Blue who off spring are outstanding he himself was third in the Grand Prix of Aachen and won the Grand Prix of Neumünster. The success of his offspring placed him amongst the top ten of the world's best show jumping sires for the first time in 2015. Since 2017, he has led the ranking of the world breeding federation WBFSH. His most successful offspring include the Vice European Champion and Global Champions Tour winner and 2021 OLYMPIC GOLD MEDAL WINNER Explosion W/Ben Maher/GBR, the European Team Champion Chaqui Z/Shane Sweetnam/IRL and Grand Prix winner Chacna/Enrique Gonzalez/MEX. The latter was one of eight of Chacco-Blue’s offspring who took part in the 2018 World Equestrian Games in Tryon/USA. Almost 50 of his sons have been licensed.

This horse carries all the characteristics to be a top class horse
He has fantastic conformation and clean x rays including back.